In Anticipation Of Ice Off

In Anticipation Of Ice Off – By Brian Chan.

For some reason this year, winter just doesn’t want to leave. It’s the first week of April as I write this blog post and we still do not have any totally ice-free lakes in the greater Kamloops area. I will admit that we have been spoiled the last few years with exceptionally early ice offs that saw us lake fishing as early as the first week of March. This year we are looking at what used to be a more normal end to winter and the ice coming off the lakes. The following picture can best be captioned “Cabin Fever at the worst level”.

This photo was taken on April 4 at Morgan lake and the fishing was actually pretty good despite the very limited available water. Definitely, no casting involved in this technique. Actually, this photo helps to illustrate a very important aspect of early season and ice off fishing in productive stillwaters. Despite only a few feet of open water and only 4 feet of depth, the fish were already cruising the sunlit shallows looking for food. Targeting shallow water is one of the most successful tactics to employ during the early season period. The shallows warm up the quickest and it only takes an increase in a degree or two to stimulate activity levels of both the trout and their prime food sources. Shrimp or scuds, leeches, juvenile damselfly nymphs and water boatman are all coming out of winter mode and the trout are right behind them.

There will be some great fly fishing opportunities to be had beginning with the first day of the lake being totally ice-free until the lake undergoes spring turnover. This usually equates to about 7 to 14 days of pre-turnover fishing. Besides concentrating efforts in shallow water we must always be on the lookout for moving fish. There are no concentrated insect hatches yet as the water is too cold so the trout will cover a lot of territory in search of food. Seeing two or three fish move or splash around in a small area could mean there is a larger number of fish there and it is definitely worth checking it out particularly if there is nothing happening where you currently are fishing. 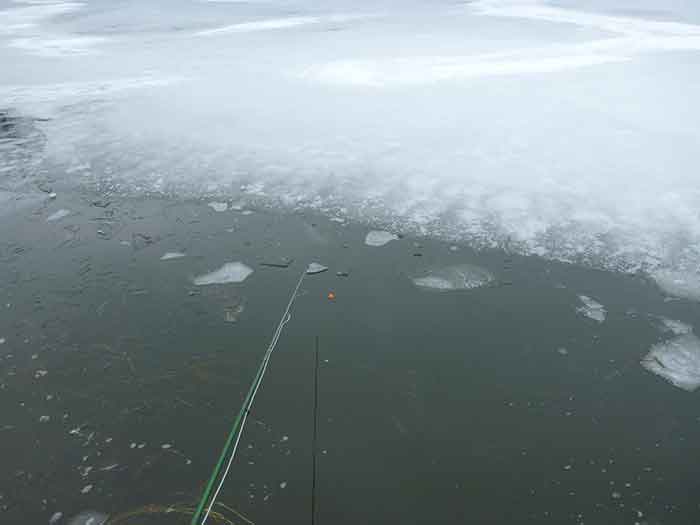 Effective early spring fly patterns include micro leeches, scuds, baby damsels, water boatman and sometimes boobies. Because the majority of fishing is done in water less than 6 to 8 feet in depth the fly lines of choice include floating, intermediate and emerger tips. Don’t be afraid to fast strip patterns as these early season trout are hungry and aggressive and while willing chase down potential food items. 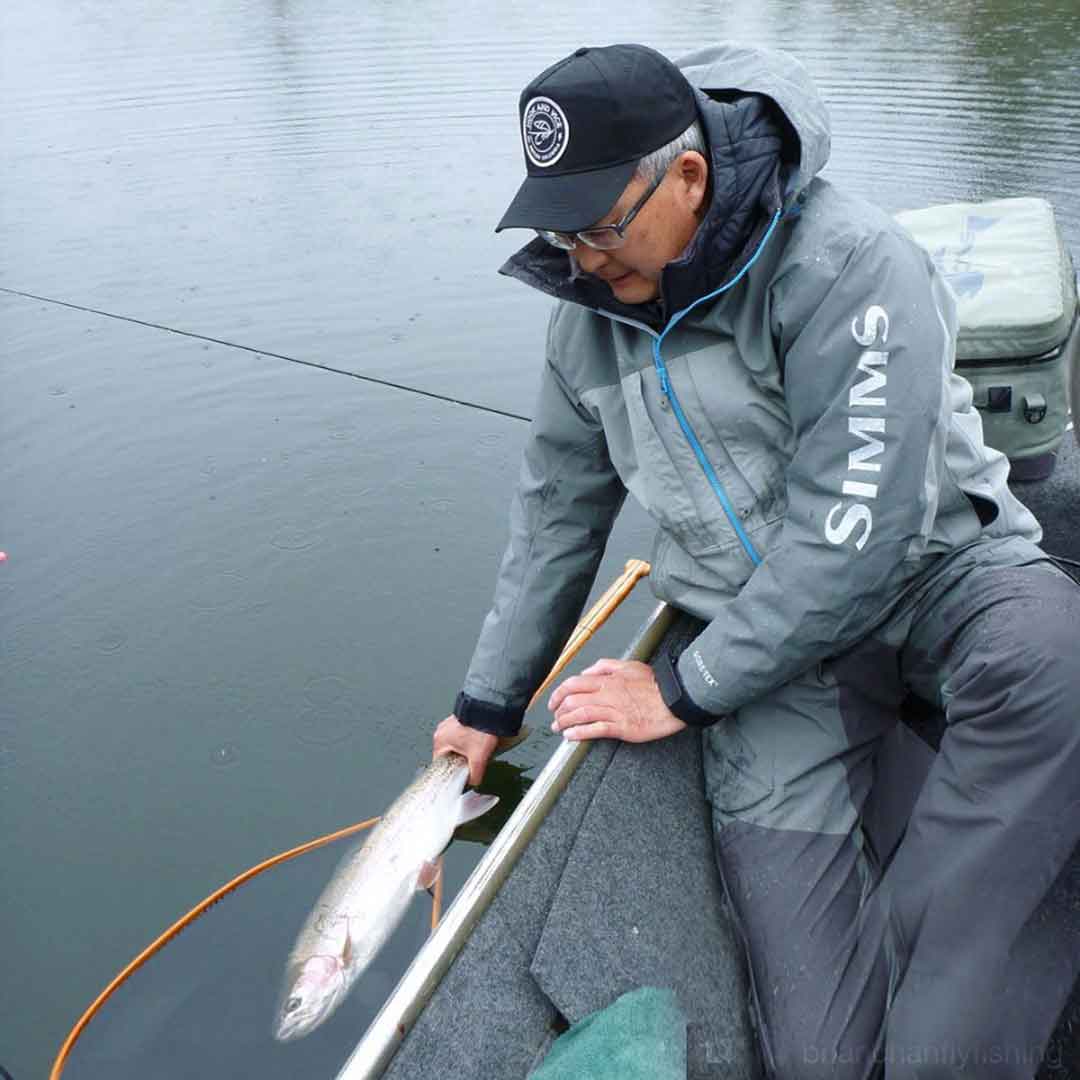