Full confession.  I have played it pretty fast and loose with lakes in the past, from one to the next without any further thought.  Hell, I have even paid a few times to guarantee a great day with minimal effort. Rivers have always been different for me.  I have forged a lot of long-lasting, deep and meaningful relationships with a chosen few in my past. Memories of evenings spent without saying a word, just enjoying the quiet contentment of a mutual respect and understanding. Some nights passed without even taking my fishing rod out. 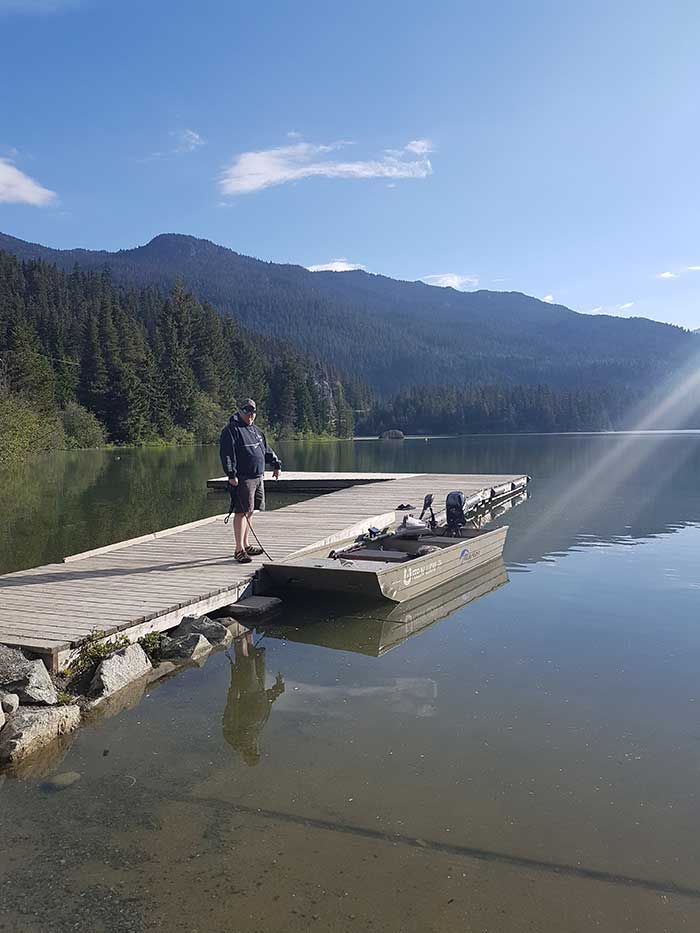 So this summer I decided to see what I have been missing out on and give lakes the respect I assumed they deserve. I was ready for commitment.  I had been on enough lakes to think I knew my type, my preference leaning toward smaller, challenging bodies of water that have not given it up to every guy who puts a rod over the gunnels. So, I bought a 12 foot Marlon Jon boat with a 9.9 Mercury 4 stroke, electric motor, and depth finder and worked for weeks customizing it, feeling like the lake would recognize the effort and reciprocate in kind.  I dubbed it the “Feelin’ Lucky” and set my sights on the task at hand. 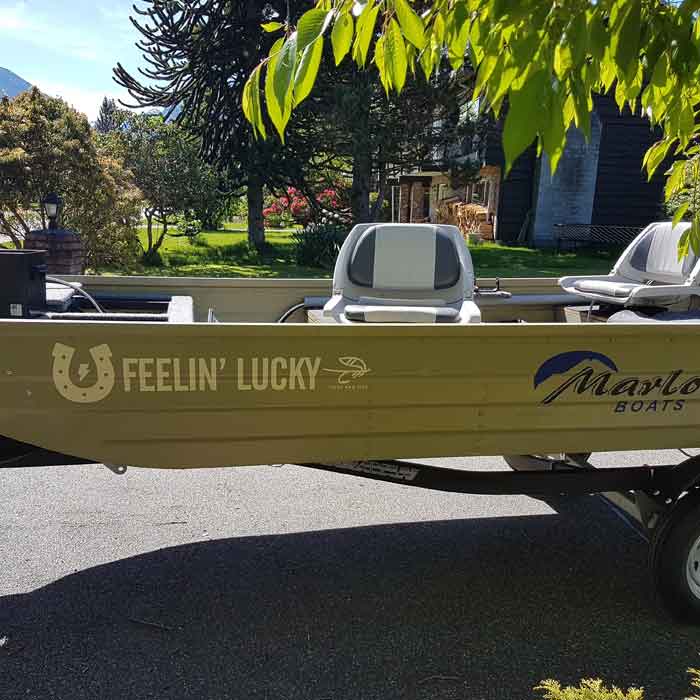 I picked up a Thompson Okanagan backcountry map book and started looking for suitable candidates.  There were some immediate left swipes, way too big, too boring and predictable or too far away for anything meaningful to be built up. I poured over the book making the plans for the next 4 months of fishing.  If I was to find the lake of my dreams, the lake that I would someday rest my trailer on and retire with I was going to have to see a lot of them.

This would not be like the past brief flings, this would be full of intention, applying the scientific method to ensure success, knowing the decision I made would be for life.  I was jealous of my “one lake” friends and the comfort they took in knowing every nook and cranny of their body of water, knowing down to the hour when the bite would be on and when it was best to spend some time on shore reading a book.

This was exciting but there were so many candidates and so few weekends.  I would have to spend at least two days per lake to start to understand if we have a future. 12 hours of intense scrutiny was the bare minimum before I could shortlist.  My laundry list of needs was long. I wanted a lake that I would not get bored of, with great shoreline structure, marled shoals, weed beds and a few deep honey holes to poke around in as the temperature rose.

Shoreside campsites was a must, picnic table optional but a great asset.  A boat launch was necessary for the “Feelin’ Lucky” but being paved was not imperative. In fact, a sketchy boat launch tended to keep away the more recreational fisherman which was a positive in my eyes.  Next on the list was phone coverage.  Don’t want it, don’t need it but I loved the idea of being able to drive under an hour to make a call if something came up.  Last but not least there needed to be at least a 3 year history of stocking Penask Triploids and enough available oxygen to prevent winter kill. The tug is the drug after all. With all this in mind I started plotting out my summer. 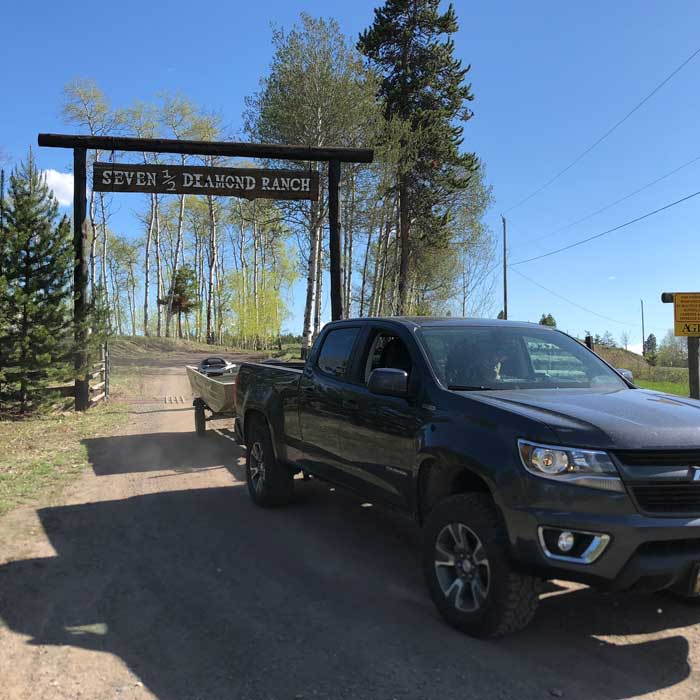 Jacko, Morgan, Pat to start. Courtney, Lundbom, Marquart all fit the bill to a certain degree. Moody Gwen, oh Gwen. Fickle Island Lake.  I would have to visit a few more polished ones so I added Tunkwa, Lac le Jeune and Roche Lake to the list, admittedly a little high maintenance to me but I would need to round out the study.   There were myriad dark horses around the area that had to be explored as I have always had a thing for the outliers and thought my future most likely lay there. Corbett and Batstone were in my back pocket if things got too intense and I needed to resort to my old ways.

Ok, this was a good beginning, still not far off the beaten path and I was starting to feel that if I really wanted to be thorough it was going to take longer than one summer. A lot longer.  That was ok with me. “Plenty of Fish in the Sea” as they say and a lot of great years ahead of me to find the right one.

More adventures in the pursuit of my “one lake” to follow. 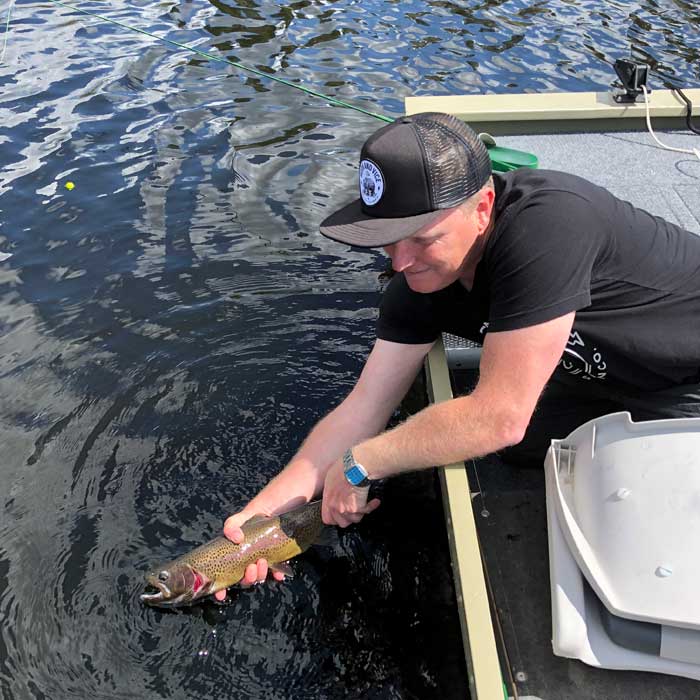 Dan Tigchelaar is a Chef, Fly Fishing guide and a Hook And Vice Ambassador. Dan’s favorite Hook And Vice cap is the Traditional Cap – Bear.