With my finger planted firmly on a map, the roundtable discussion is fevered and bright. My colleagues, mentors, and friends snap at one another with quips and luminescent laughter. Our voices start a fire of excitement and more fingers land as firm as mine on the map. At that point, all of the fingers stand upright like a burnt forest with equal spacing and remain unmoving despite our mounting vigor. Finally the boss, my boss, and everyone else’s boss, finger’s hit the map and the group simmers. I’m happy to see his finger land so close to mine. Though it isn’t exactly what I wanted, I’m happy to compromise.

His finger is on a small black line between one very small pond and the west arm of a 300km lake. Surrounding the west arm are countless little black lines. With a different point of view, you might think we were pointing at a blue jellyfish. There is a fun debate about the mentality of Arctic grayling and why they might choose to live in one little black line on the map versus any other little black line on the map. We all come to our conclusions; right or wrong. One thing we can agree on is this creek has likely never seen flies on leashes before. So, we are hoping the grayling, if they are there, are caught off guard by our southerner’s tactics. 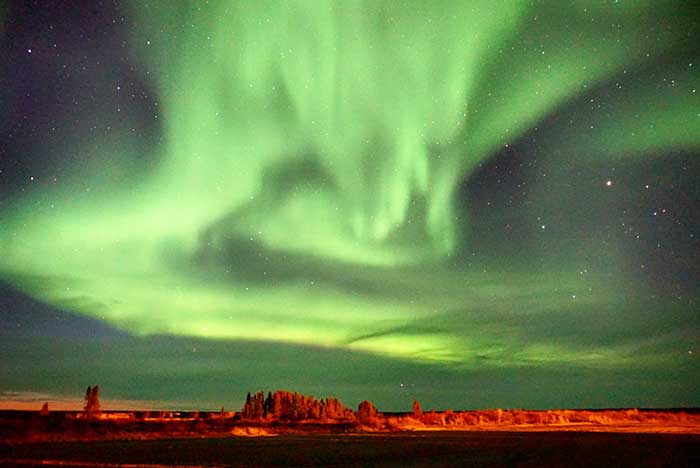 It’s not an easy place to get to.

Plus, this map is probably one that hasn’t been looked at by too many people in any detail. It’s on the barren lands, east of Hudson’s Bay, north of Churchill and near the small Inuit community of Arviat. Despite these hurdles, we arrive at our little black line on a map with the idea that we will have a bit of time before dark to try our hand.

The light is sharp and low in the sky and makes the fast running creek look like a giant is pouring out his treasure hoard. There is very little to do now but hope that the boss, my boss, everyone’s boss had a reason for picking this place.

The moment of truth.

Everyone looks at the creek and giggles and with growing excitement, we fan out on the pebbly shores. Holding our rods high in the air we swim through the willows guarding the creek’s edge. Slowly and carefully people wade into the water and tie on small dark-colored nymph patterns of their choosing, often with a brass-beaded head if the water is any more than 2 feet deep. A colleague directly across the river from me, casts upstream into some boiling water behind a rock, likely the largest feature in the small creek and his line goes taught almost instantly. He yips and all bets are off, everyone scrambles to get their line in the water and it becomes a frenzy. 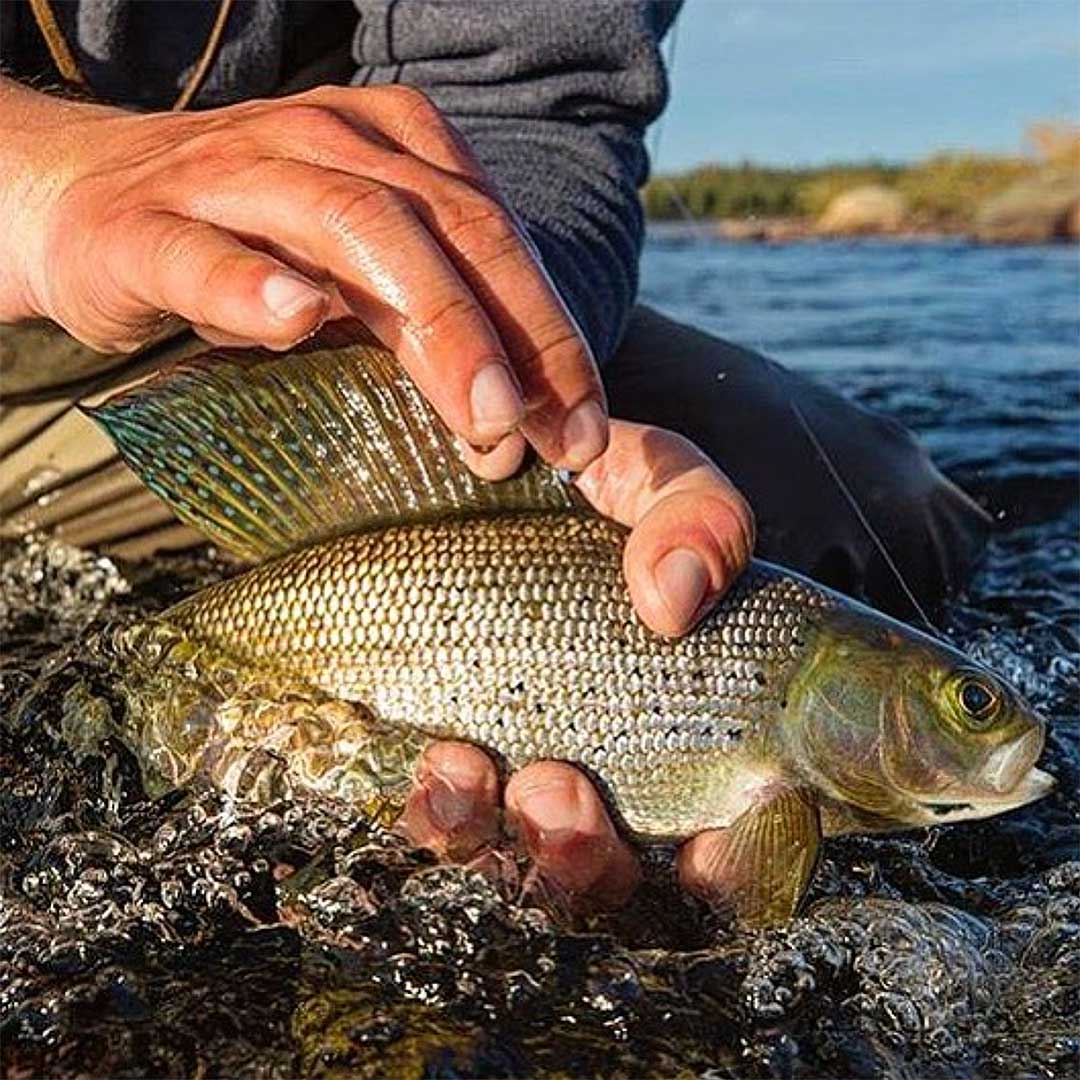 Maybe all of the little black lines are just like this one. I like to imagine that it’s the case. It worries me that it might not be, and I may have so much to learn as to be able to put my finger on a map…. if I ever become the boss 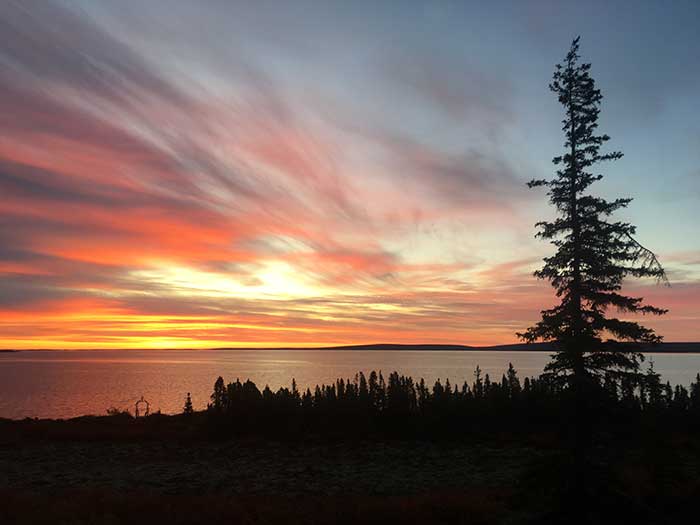 Drew Nylen works for Arctic Watch & Arctic Haven Wilderness Lodges in the Canadian Arctic and barren lands as a kayak guide and fly fishing guide. On top of being an avid fly fisherman and Hook And Vice Ambassador, Drew is also a cyclist. He has completed two crossings of the North American continent accumulating over 11,000km’s on a bicycle. Drew’s favorite Hook And Vice cap is the LoPro Trucker – Hook.

Check out Arctic Haven at https://www.arctichaven.ca

Plan your next vacation at https://www.arcticwatch.ca 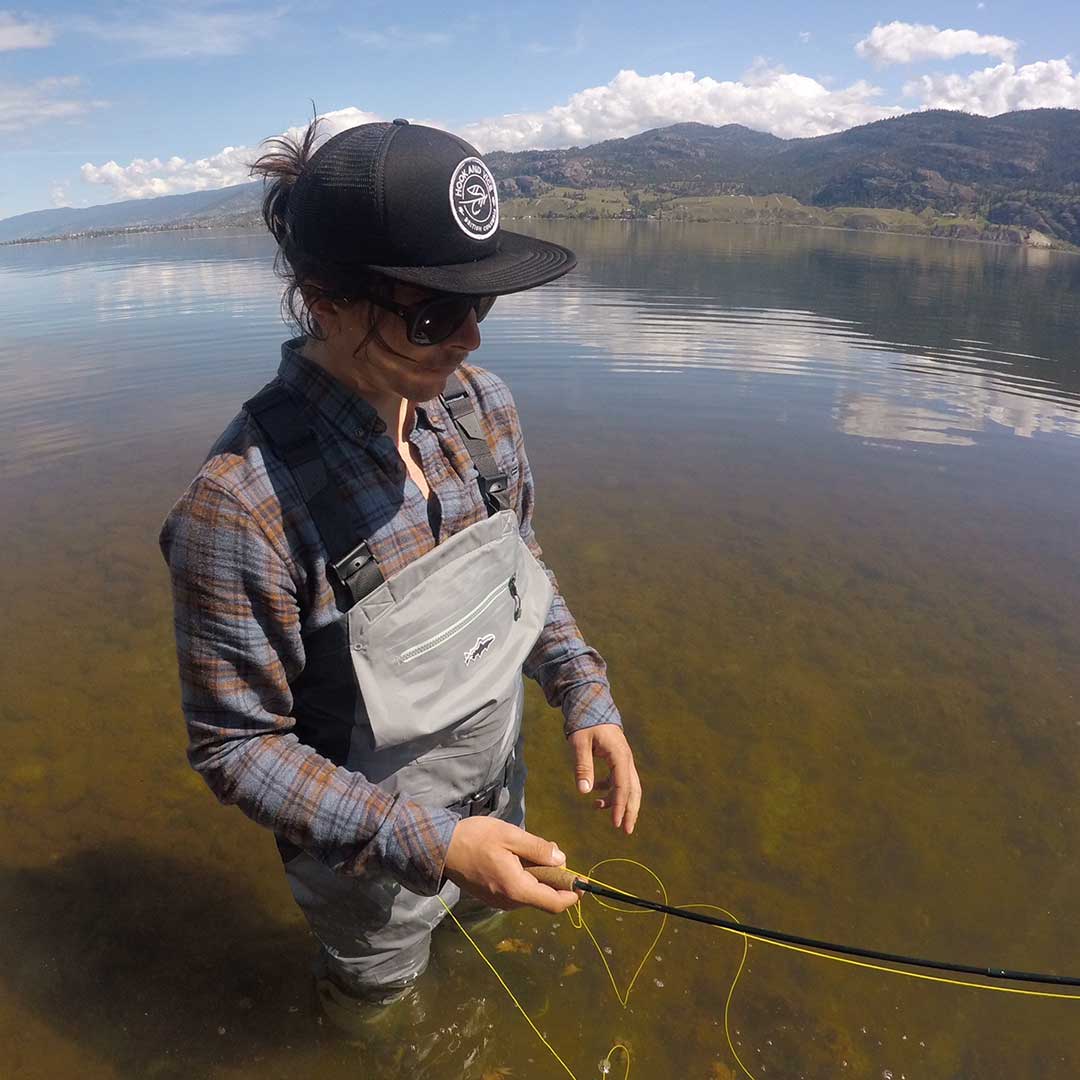