When The Weather Gives You A Gift, You Take It 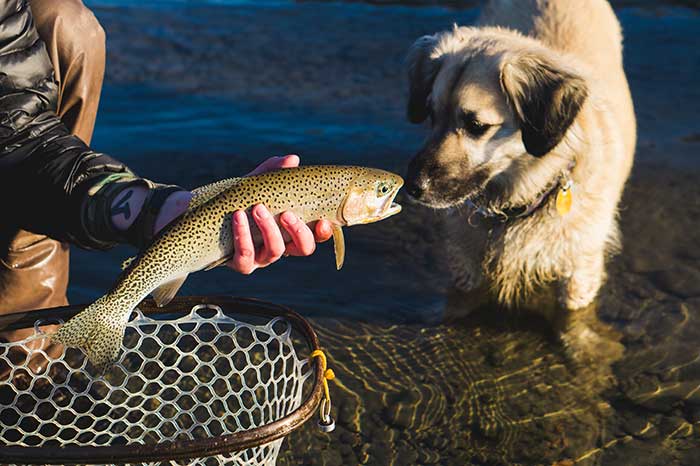 When The Weather Gives You A Gift, You Take It – By Dana Harrison.

I had honestly thought my fly fishing season was pretty much done two weeks prior to this trip. At very least, I wasn’t going to see the East Kootenay’s until the spring. As usual I had been watching the weather to see if I was going to be able to get out on the weekend.

The upcoming weekend actually looked very good and oddly warmer than what I thought it was going to be.  Naturally I checked to see if it was going to be good over on my brother’s side of the hill, jackpot! The last hurdle was to make sure my brother wasn’t working as he does 4 on, 4 off. It would appear that all the stars were going to align and we were going fishing!

The morning was a lot colder than I was hoping for at -4c, but was already starting to get sunny. All geared up, grabbed the dog and hopped in the truck. As we left town and were driving towards the river there was an intense fog hanging in the valley. The sun we had hoped to be just minutes away was nowhere to be seen and wasn’t coming anytime soon. The first spot we stopped at yielded no fish and very cold hands. 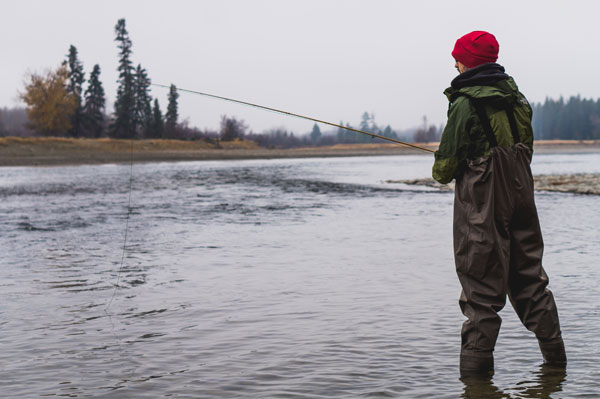 The next spot we had stopped at made the entire trip worth it. My brother had been searching for a bull trout on the fly all season and until this trip they had eluded him, me as well if I am being honest. We had started fishing a run just above a bridge that crosses the river and we had both hooked into cutthroat in the run almost on the first cast, then crickets. We changed tactics and flies a few times, but could not get any more fish to play. There was a bridge just downstream and it’s a well known fact that fish love bridges. So we grabbed our stuff and went to check it out. 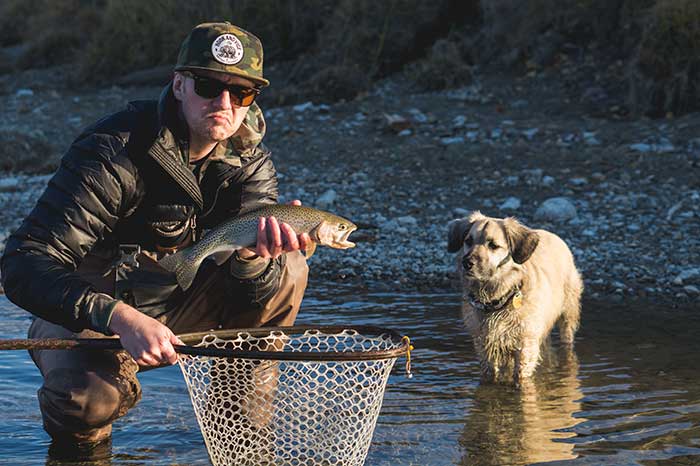 I had positioned myself right underneath the bridge on a small island. Best spot to try and keep my feet out of the water. I was only on my second cast when my brother yelled “Fish, it’s a big fish!”. Automatically, I dropped my fly rod on the tiny island and ran back over to where he was. I hadn’t seen the fish at this point, but you could tell it was a bull. The fish was tugging hard and trying to just hold on the bottom.

Under the bridge was just covered in obstacles ranging from what I imagine was the metal framing when the bridge was built to probably what was the old wooden pylons for the original bridge. My brother did battle with the fish for what seemed like forever, constantly steering him to dodge all the potential hazards in the water.  The fish had finally tired enough that my brother was able to get him near the shore and I was able to get the net under him!  Needless to say, brother was elated and I was just as stoked for him and to be part of the experience. 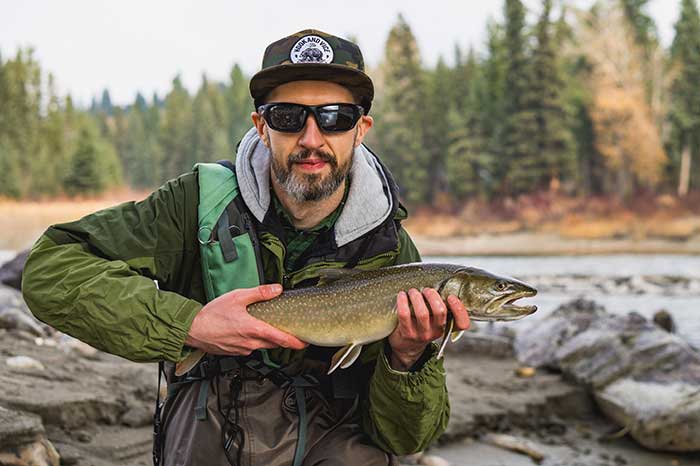 So when the weather gives you a gift you better take it. You just never know what the day will bring you and it’s always a good day when you are out on the water.