The greatest adventures are the ones that are shared, and sometimes, if not most of the time, the best company comes on four legs.

Being born and raised in British Columbia, I have always been drawn to the outdoors. Outdoor adventures in the mountains, on the ocean, in the forest, or within whatever piece of BC’s natural environment I can make my way to. That’s why nearly six years ago, I packed up my city life and left Vancouver for Whistler. Three years later, I found myself starting another new adventure, the adventure of Cypress. 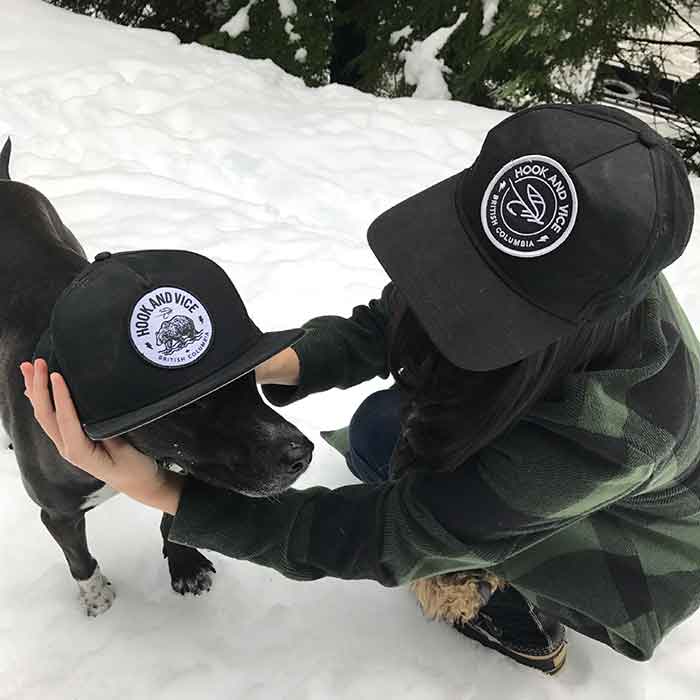 Not the mountain, not the Hill – the hip hop group that is his namesake, but a seemingly wild animal that came from the depths of the Kelowna SPCA. Without exaggeration, Cypress was an uncontrollable little firecracker that had been rehomed and ‘returned’ multiple times before the age of three months. With rose-coloured glasses I brought him into my life and embarked on what I would describe as a next level adventure.

To hear that story, meet me someday at Backcountry Brewing in Squamish, one of my favourite local craft breweries. The love that comes from the journey of adopting a rescue dog is a story for a pint or two. Fast forward to 2017 and we are ready to start our next adventure, the Hook and Vice (and #hookandvicek9) adventure. 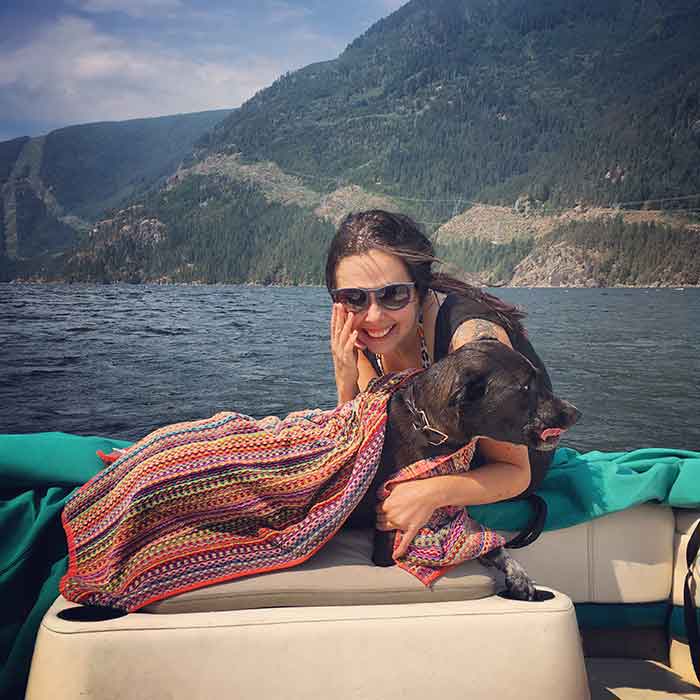 After a nearly 20-year hiatus from my early days of fly fishing on a river outside of a tiny BC town called Greenwood, I couldn’t be more ready to get back into it. What better motivation than to get my four-legged adventure buddy on board with the process.

Why A Canine Fishing Companion? 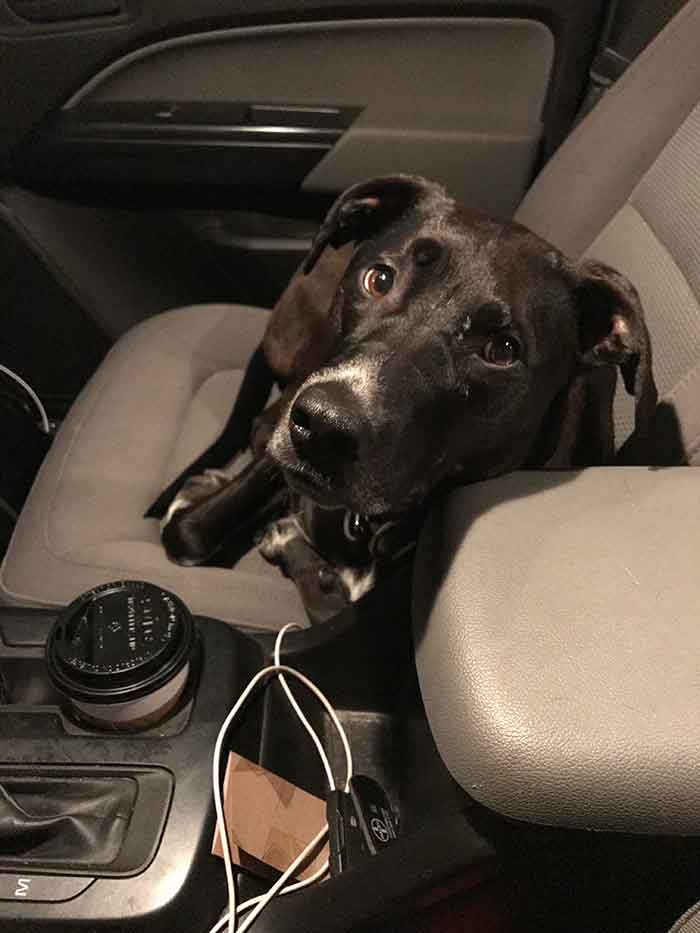 How are we doing so far?

This shot was taken at one of our local lake docks on a calm and clear day in Whistler. We’ve spent many mornings here watching the fish jump. Let’s call this step one. 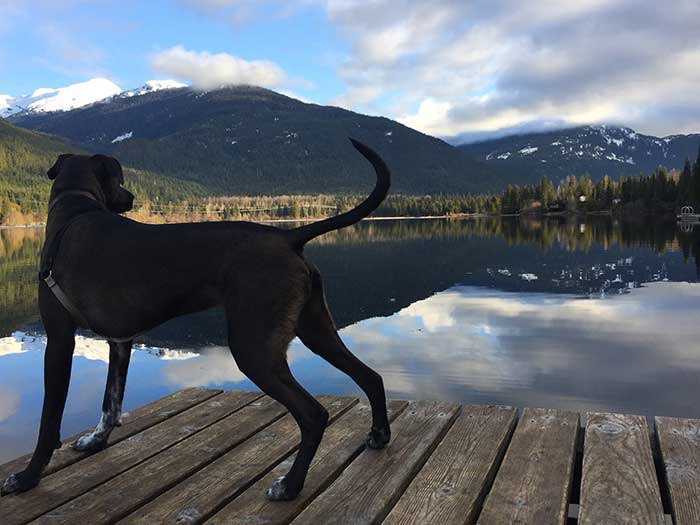 This shot was taken on our first offshore fishing adventure together. What better way to put Cypress and I to the test than a busy day on the lake in nothing other than a wobbly canoe. No fish were caught but no human or canine went overboard. Consider this step two. 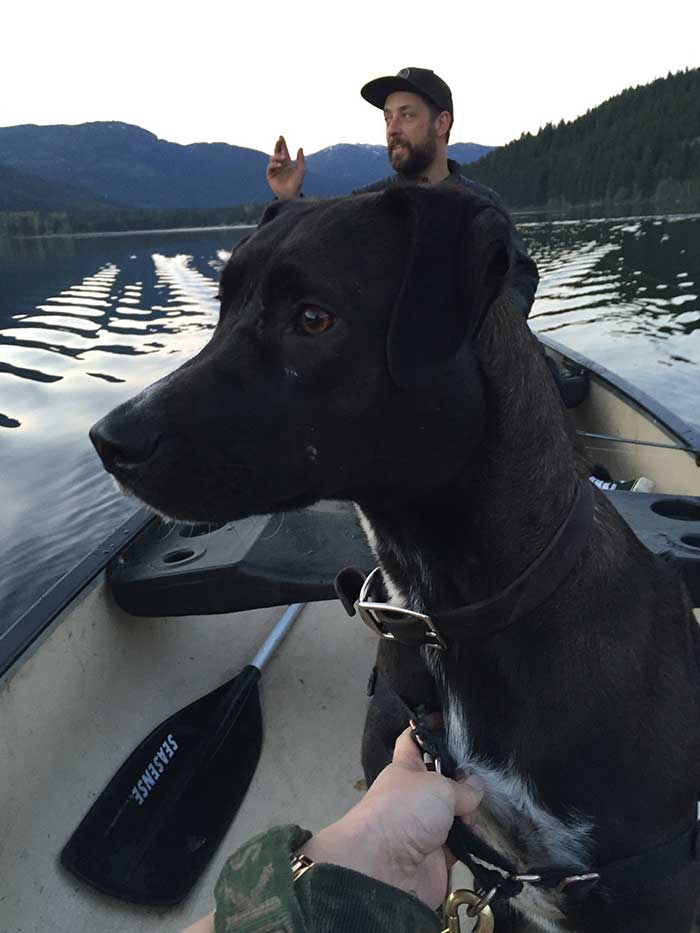 While little progress has been made so far on the Hook and Vice K9 adventure, the future is bright. Plus, at the end of the day, a canine best bud will always be ready and willing to put on a lucky Hook and Vice cap and curl up by the fire (for some photos) by your side. 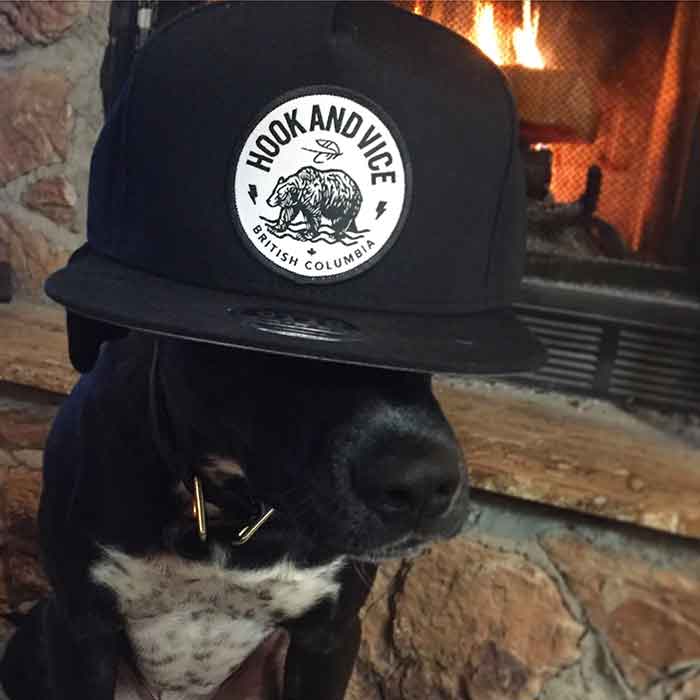 To be continued. Happy trails and happy tails Hook and Vice K9s. 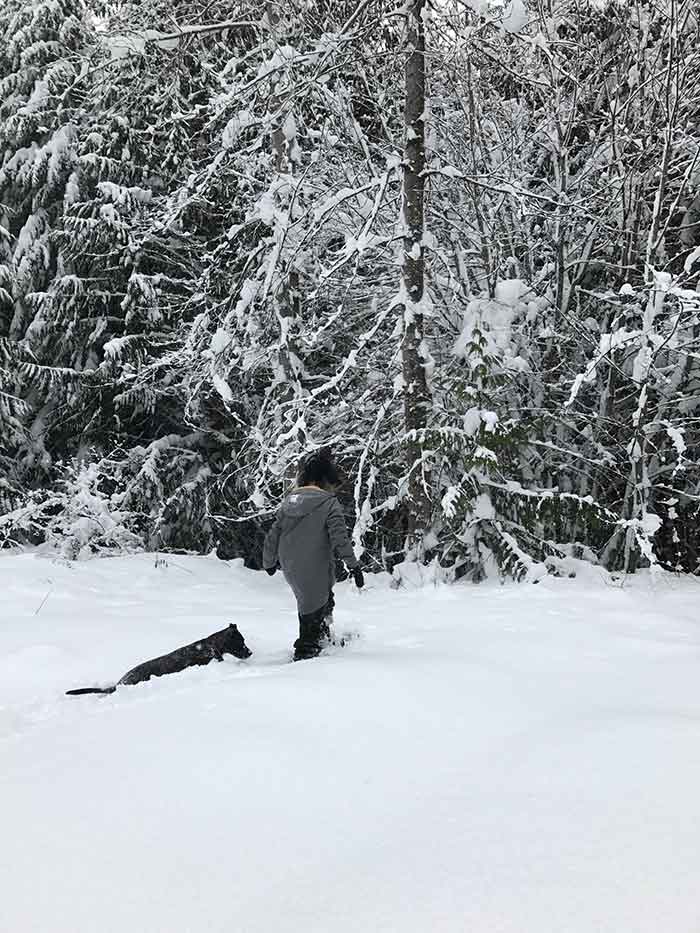 With Kitsilano as her childhood home, the Sunshine Coast as her second home and Whistler as her current home, Justine is a BC girl through and through. Between adventures with her dog Cypress, camping her way through the Sea to Sky and snowboarding as much as possible, she finds sanctuary in spending time immersed in the vibrant Arts and Culture scene of the Pacific Northwest. Justine’s favorite Hook And Vice cap is the Canvas Flat – Bear.