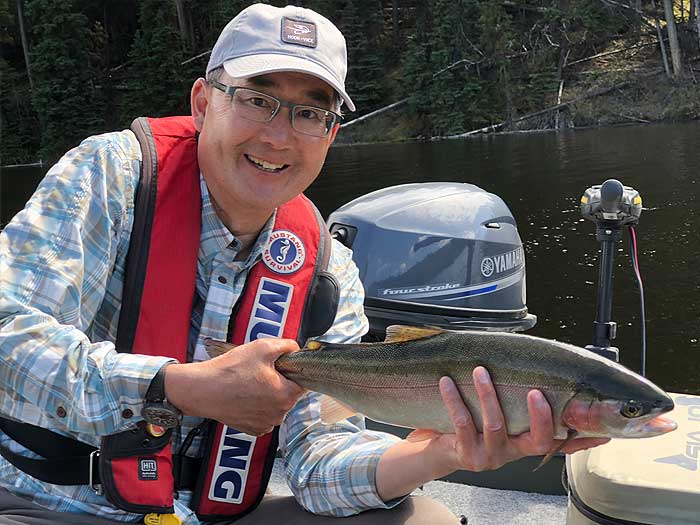 The summer to early fall months can be a challenging time for the stillwater fly fisher.  The majority of aquatic insect hatches have occurred and trout become very opportunistic in their feeding behavior.  This unpredictable feeding nature continues until the fall weather patterns kick in and cool the water temperatures down.  At that time the trout become much more aggressive feeders and will actively chase after invertebrates such as scuds, leeches, immature dragonfly and damselfly nymphs, water boatman and backswimmers. 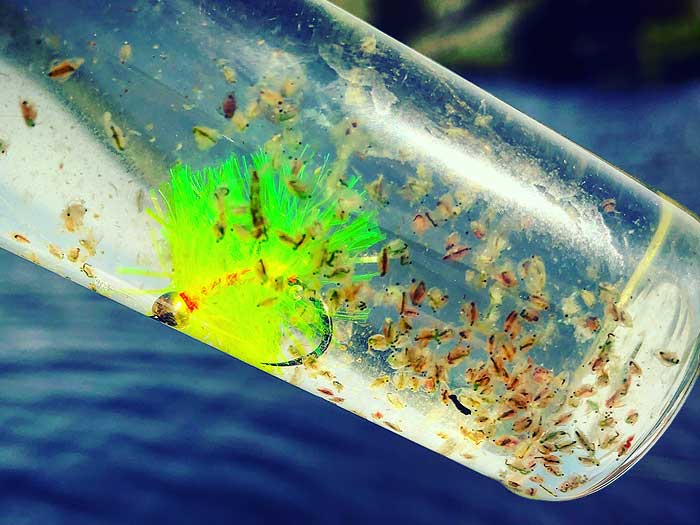 Zooplankton, which are tiny members of the crustacean family becomes a very important dietary item of both rainbow trout and brook trout found in productive stillwaters during the summer to early fall period.  Zooplankton, often referred to as water fleas are visible to the naked eye and are often seen in dense masses or clouds in the water column.  There are a number of species of zooplankton found in lakes but the most common one is Daphnia and it can be as large as a couple mm in length.  Daphnia coloration varies from a reddish-orange to a pale watery green depending on their diet.  Zooplankton are a very important food source for juvenile trout, char, and kokanee as well as other non-salmonid fish species. 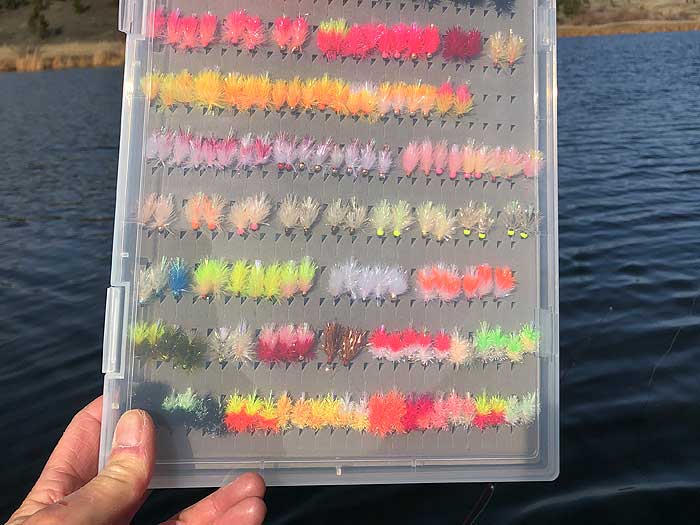 Due to their minute size Daphnia are almost impossible to imitate.  However, there are some interesting features of their life history that we can use to our fly fishing advantage.  Zooplankton, in general, are light sensitive so during the daytime, they are often found in the deeper parts of the lake or densely congregated just above the thermocline which establishes during the summer months on almost all small lakes.  The thermocline is an invisible barrier or temperature gradient that basically marks the extent of heat energy penetration from the sun.

Below the thermocline the water is cold and above it, the water can become quite warm.  In most lakes, the thermocline establishes between 5 and 8 meters below the surface.  Zooplankton also gather into very dense masses or clusters so that a foraging fish simple swims through the dense concentration of these tiny crustaceans and filters them through their gill rakers and into their gullet.  Imitating 2 mm long daphnia or other zooplanktors is impossible but tying patterns that give the illusion of a cluster of zooplankton is possible and as it turns out also quite effective. 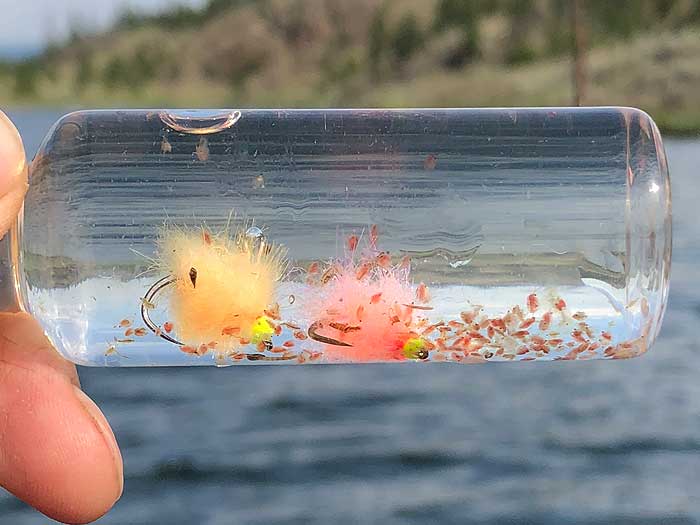 We have and continue to learn new fishing techniques developed in the U.K.  Across the pond, ardent stillwater anglers developed blob patterns to very successfully imitate small clusters of zooplankton.  Blobs are tied out of brightly colored synthetic chenille type materials  such as Fritz, Jelly Fritz, Daphnia Fritz and Slush Jelly.  As the name implies, these materials are wound around the shank of #12 or #10 scud hook or other wide gap hook to create a blob.  Add a brightly colored bead head and a short tail of flashabou and you have a pattern that can attract the attention of a passing trout.  Effective blob colors include orange, pink, coral, chartreuse green, prawn, and biscuit.  These colors will become quite familiar to you as you search out these fritz type materials at your local fly shop.

Blobs are effective when suspended under an indicator just like chironomid fishing or cast and stripped on various densities of sinking lines.  Their effectiveness is based on presenting patterns at the depth the fish are concentrated and feeding.  This is where a depth sounder becomes a very valuable tool.   Often, we are suspending blobs or retrieving them up and through the thermocline zone.  A throat pump will tell you first if the fish are on zooplankton and second, the color of them so that the appropriate colored blob can be selected. 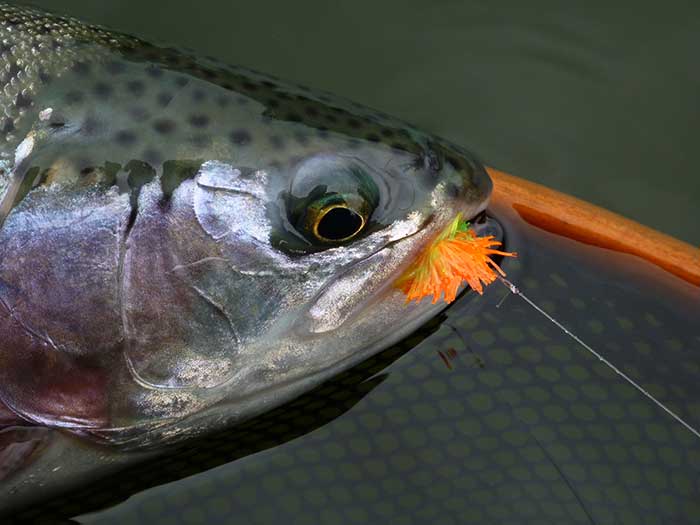 Blobs are another tool that should be in your stillwater tackle box.  They can turn a slow day into a memorable day just by understanding the importance of zooplankton during certain times of the stillwater fishing season.