Of all the adjectives I would use to describe myself, artistic is not one of them. To be brutally honest, even the most modest of stickmen require a high level of concentration for me; especially when I’m trying to keep those damn arms proportional! Having disclosed this, the natural question one would ask is “what madness inspired a hyperactive, unimaginative individual like yourself to attempt tying your own flies?” To this question, I’m not entirely sure I have a solid, bullet-proof answer. It could have been the rustic feel of the old log fishing cabin I was in three years ago with my dad and uncles when I first saw a tying table fully loaded with various hackles and tools. Perhaps the visual stimulation of the display, paired with the morning, spiked my adventurous curiosity enough for me to give it a try; or perhaps it was the romantic combination of whiskey, a golden sunset, and the crackle of the fire in the weathered rock hearth that aroused in me a desire to go fondle the hooks and feathers like the “traditional anglers of old.” 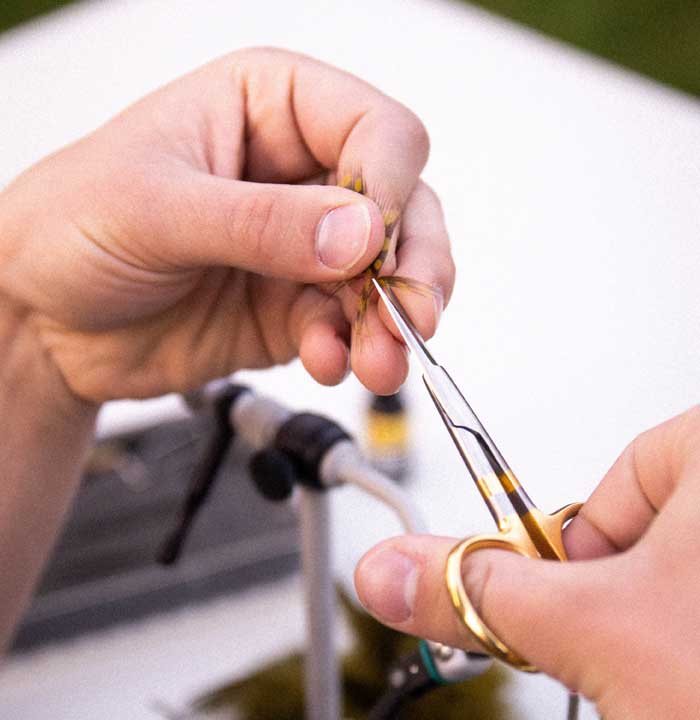 Whatever the reason, curiosity or captivation, some emotion got the better of me that evening three years ago, causing me to approach the vice and sloppily stumble through the creation of my first ever Stillwater trout fly. Its materials consisted of some red thread, grizzly hackle, and a size 10 scud hook which technically made it a legit fly. However, thanks to the contributions of my ADHD and a few nips of some JP Wiser’s, it managed to remain unlike any other pattern in my fly box. The flies’ vibrant, abnormal appearance was likely the reason it was so successful at instigating strikes from several angry trout the following morning when all other imitative patterns I used failed to do the trick.

The satisfaction I received that morning when I felt the strike of a fish on a pattern I created the evening before was something I had never experienced in my eleven years of fly fishing. Immediately, after returning from that trip I went about purchasing a used tying vice, alongside all the necessary tools and materials required to fully renovate my fly boxes: replacing every store-bought pattern with a tied variation of my own. Nowadays, I almost exclusively fish flies and patterns that I have tied myself. I wouldn’t dare say that I now feel superior to fellow anglers who don’t tie their own flies, however, I would argue that I have grown as an angler and expanded my knowledge on fly fishing at a much faster rate because of the experiences fly tying has provided me with. 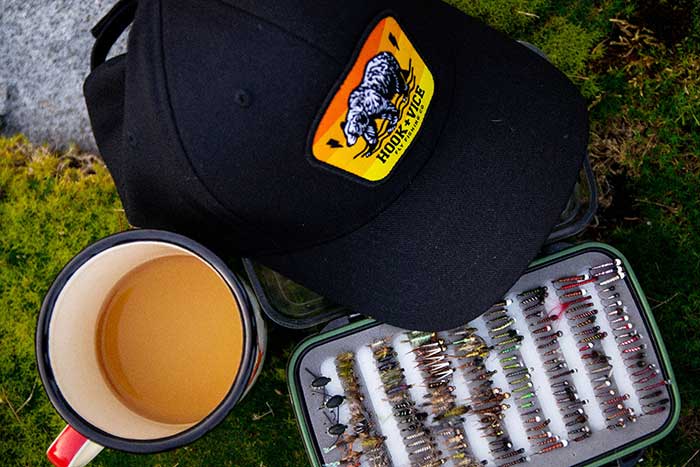 For starters, creating my own flies has forced me to learn what specific patterns are attempting to imitate in the water. I used to walk into a fly shop and stare bewildered at the rows upon rows and stacks of shelving containing feathery hooks of various assortments and sizes and knew what less than half of them were. With over 350 dry flies alone commonly sold in stores and online, it’s no wonder that a new or even experienced angler can be overwhelmed by the vast selection and only keep to their handful of trusted patterns. That’s exactly what I tended to do! I had ten to twenty chironomid patterns I liked; I had ten go-to nymphs that I exclusively used, ten select go-to dry flies and a handful of streamers.

In all fairness, this often worked incredibly well and I never needed to expand my horizons beyond those patterns. However, when I was away on a fishing trip and needed to shop at a new fly store, my reliance on my favourite flies became an inconvenience as the shops didn’t always have my poster boy patterns available. In these situations, I was often left gawking like a deer in the headlights at the bulk selection of flies, all with names that seemed purposefully created to confuse and bewilder; the RS-2, Black Ninja or Butt Monkey to name a few. Tying my own patterns has not taught me what every fly pattern in the world is by name; I still don’t have a complete understanding of what the “Wilted Spinach” is meant to be, nor can I even begin to imagine the origins of its name! I can say, however, that I now have a greater understanding of why particular materials are used on a specific pattern, and I know what action or visual appeal that material is going to provide when it’s wet and in the water. Because of this, it has become easier for me to swap patterns while out on the water and maintain a high level of confidence in my selection. It may not be the exact size 12 pheasant tail I’m used to fishing, however the partridge fibres used for the body will behave in a similar manner while wet, and a peacock herl thorax is still present thus creating a similar pattern that is going to behave close to the same as my dearly beloved pheasant tail. This may sound extremely insignificant, but as anglers, we should all know that the more confidence you have in the pattern you are presenting the fish, the greater the odds are you are going to hook up. 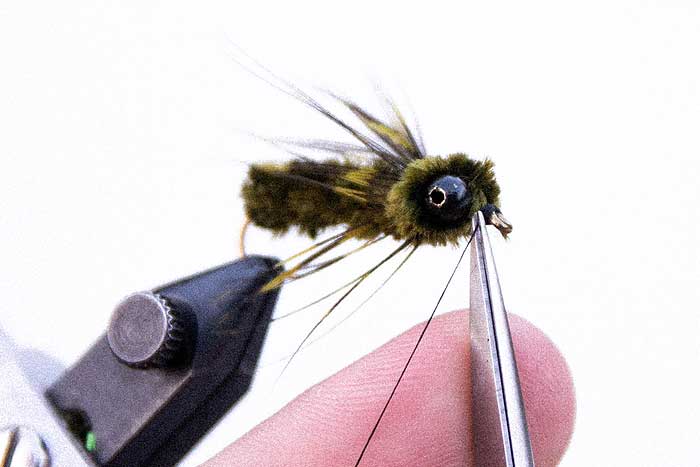 In addition to providing me with a more thorough understanding of what specific fly patterns represent, tying my own flies has also increased my knowledge of entomology. In order to tie a fly that behaves realistically in various water columns, an individual must first understand how that particular insect, crustacean or baitfish goes about surviving in its habitat. I have spent countless hours watching videos and reading magazine articles that debate the qualities specific materials posses when applied to a hook. The information I have been studying has slowly absorbed into my mind in a way that does not feel tedious. After all, isn’t any learning considered enjoyable when it’s about your hobby? If I were to ask the average person to read articles about how aquatic insects traverse their habitats at different points in their life cycles, I would most likely be met with a blank stare. The task would be daunting. If, however, the same level of research is done over an extended period of time with a specific goal in mind (such as creating the most realistic fly possible) it suddenly changes from a chore to an enjoyable activity. Through this research, I have learned not only how insects should appear in the water, but also how they should be presented and retrieved. I realize many anglers will have come to these revelations in different ways that may not specifically attain their credit towards fly tying, as there are many ways to come about this information. For me personally, it was through tying flies that these revelations came to be. Therefore, I believe everyone can learn something different from such an activity. 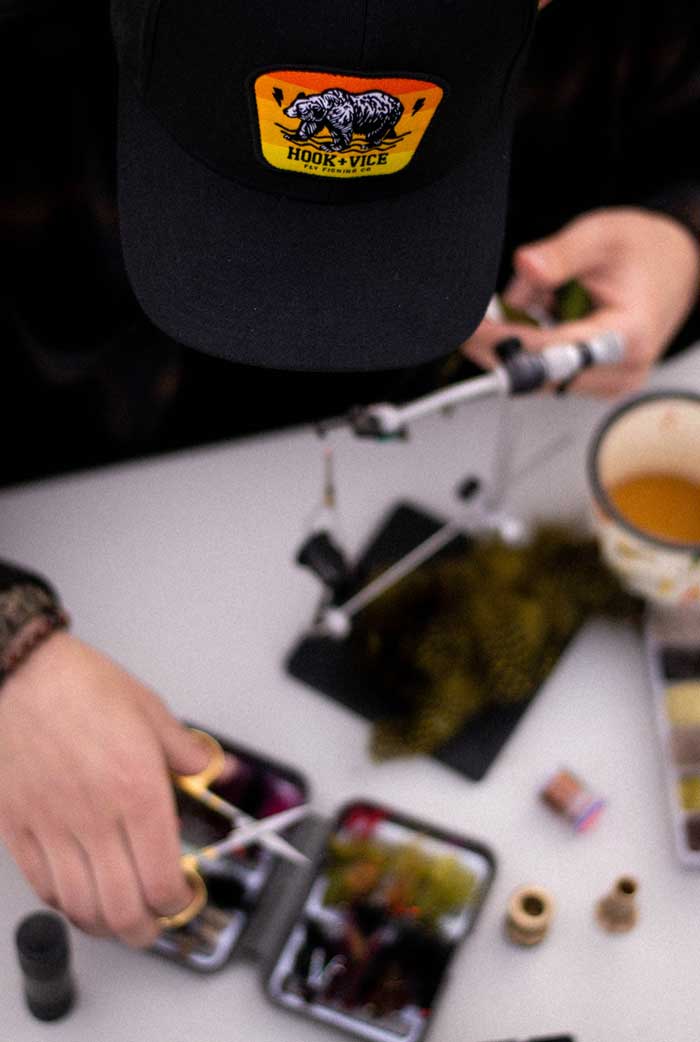 Skill-wise, I have come a long way since I tied that first “one of a kind, never before seen or since witnessed” monstrosity at the lodge three years ago. I now understand what hackle accomplishes when tied to a hook and can often guess what each pattern is trying to replicate when I wander into a fly shop; however, the learning never ends. I have grown as a fly fisherman in both knowledge and confidence as a result of tying my own flies and at the end of the day that’s all that matters. After all, every fisherman should know that a fly looks ten times more appealing to a fish when it’s presented with confidence. 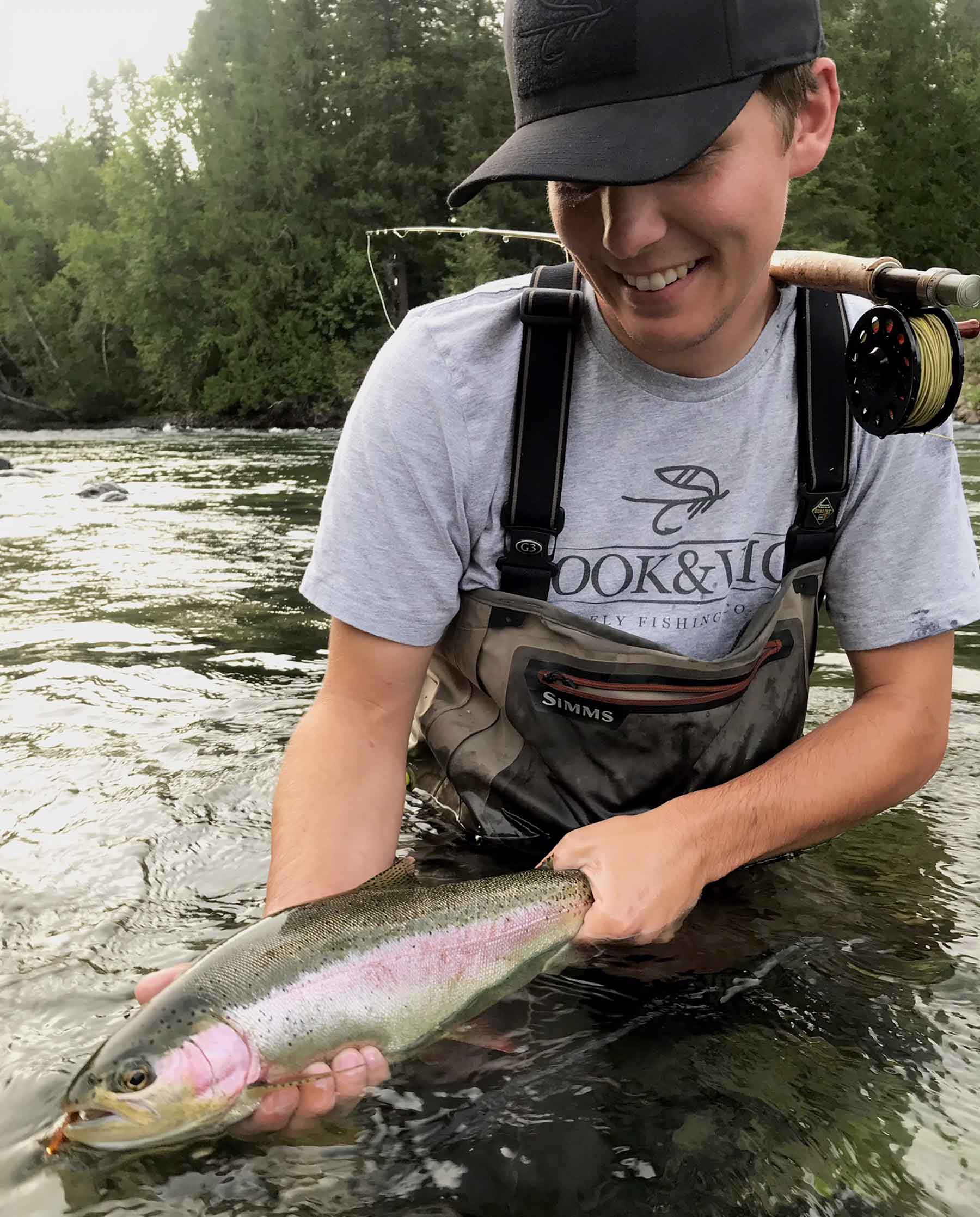 Josh Rempel is a fly fishing guide, happy Hook And Vice customer, and our featured guest blogger. His favourite cap is the Sunset Bear Pro Model.